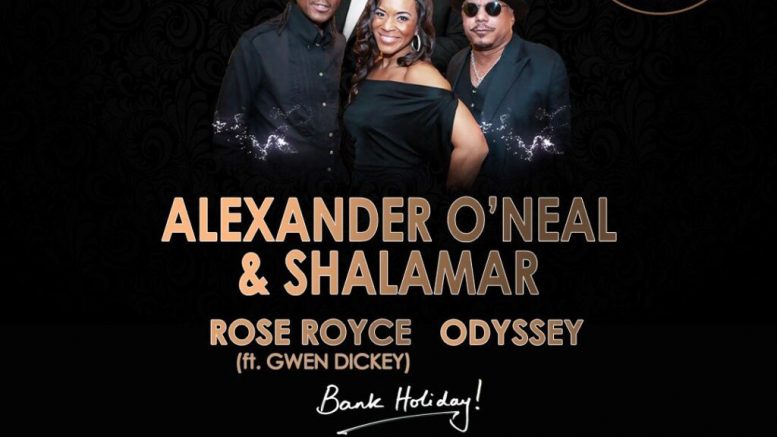 With a long weekend ahead for many, we’ve picked some of our favourite events taking place in and around Blackburn over the Bank Holiday Weekend.

Alexander O’Neal will be performing his massive hits including Criticize and Fake. O’Neal’s track “Never Knew Love Like This” is a Northern Soul Classic earning him fans all over the country. While his signature style is an upbeat modern soul style, created through his gospel singing technique, he is equally capable of blasting out funky, up-tempo numbers or delivering tender ballads.

What lies ahead for this resilient group remains to be seen but you can believe that a night with Shalamar will still be …. “A NIGHT TO REMEMBER”.

Their mix of comedy and magic will have you rolling in the aisles. The show comes with a warning that it is NOT for SERIOUS PEOPLE!

Two Men Without Assistance will not be responsible for any silliness or frivolity that may occur during the show. If you suffer from a serious disposition, please seek medical advice before attending this show.

Restricted Rocks will be offering 2 days of a fun-packed family festival. Expect chorus chanting and crowd surfing mayhem! Tickets are just £5 per day but more expensive on the door, so best to buy them online now.

Fake News, updated and remixed for a post-Corona world with Jonathan Pie