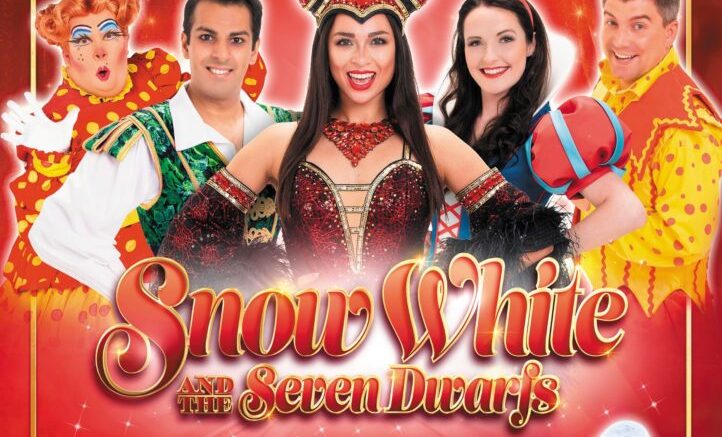 MIRROR MIRROR ON THE WALL… STAR CAST ANNOUNCED FOR THE BEST PANTOMIME OF THEM ALL!

Come and join the beautiful Snow White and her seven little friends from the enchanted forest as they attempt to defeat the evil Wicked Queen who is overcome with jealously when her magic mirror declares that Snow White is the fairest in all the land. Will Snow White meet her handsome Prince and live happily ever after?

Producer, James Shone, revealed: “I am so excited to be bringing Pantomime back to Blackburn, it was such a shame that we couldn’t present the show last year due to the pandemic. It’s a brilliant production and we have such a strong cast to deliver this up-to-date pantomime version of the classic story. There is something for the whole family and I know that everyone will have an enjoyable time”

So make sure you join us this Christmas for a truly wicked Pantomime.

* Hacker T. Dog will appear as a pre-recorded video projection and does not appear in person.

Over 2,700 empty properties in Blackburn with Darwen

No truth in acid attack rumours in Blackburn Town Centre

The full list of locations bidding to become cities in 2022 has been revealed.
The post The 39 Locations competing for city status with Blackburn appeared first on Blackburn Life. Blackburn Life …

Due to phenomenal demand, multi-award-winning stand-up comedian, actor and writer Paul Chowdhry will be doubling the size of his brand-new stand-up tour, Family-Friendly Comedian (*No Children) for 2022 with 43 more dates nationwide.
The post Paul Chowdhry’s tour is Extended and Looks at the Funny Side of Lockdown appeared first on Blackburn Life. Blackburn Life …