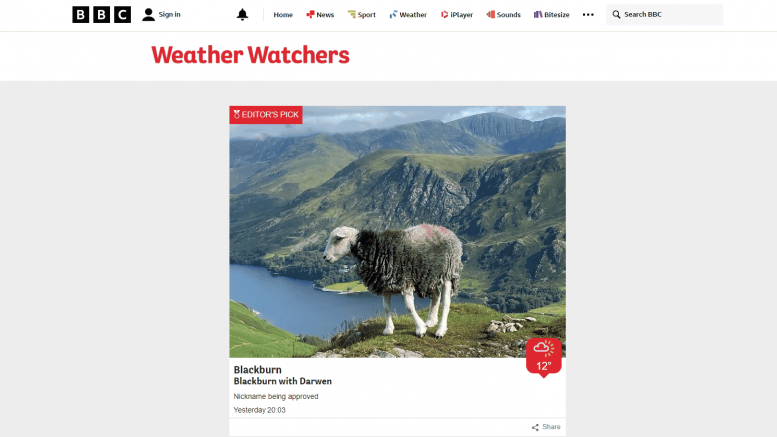 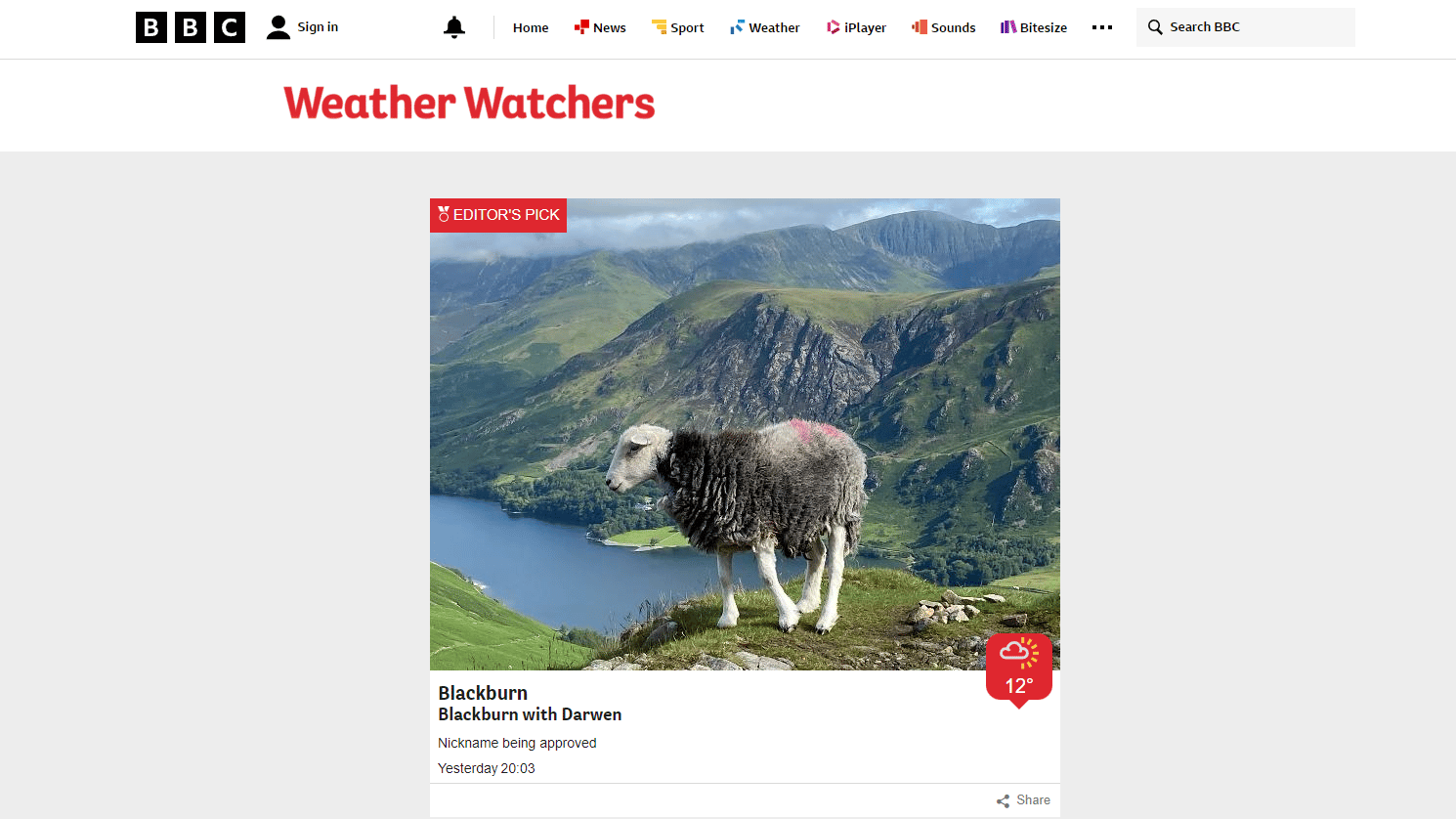 The BBC has published a photo from one of its “Weather Watchers” stating it was taken in Blackburn.

The image of mountains, a stunning lake and a sheep perched high above the water, was featured on the BBC website yesterday.

Would anyone care to guess where in Blackburn this was taken?

It’s not a view that is well known to Blackburn Life!

A Brand-New Sparkling Pantomime Production of Cinderella is revealed for 2022!

The Christians – An Endless String of Soulful Classics

Summer Daze with Free Fun in The Mall

The Mall Blackburn is bringing the seaside inland with a two-week beachy bonanza of nautical themed free arts and crafts.
The post Summer Daze with Free Fun in The Mall appeared first on Blackburn Life. …

A whole host of world-famous pianists will have an unprecedented opportunity to perform on the new generation flagship Yamaha CFX piano
The post Blackburn to host Superstar Pianists at Ribble Valley International Piano Week appeared first on Blackburn Life. …

Councillor Phil Riley, Leader of Blackburn with Darwen Council, has written a message to the borough’s residents.
The post Leader of the Council says “We are aiming big” in Open Letter to residents appeared first on Blackburn Life. …