Looking for something to do in Blackburn? Whether you're a local, new in town or just cruising through we've got loads of great tips and events to offer. Find out what’s on in Blackburn with our regularly updated events calendar featuring the best upcoming events in Blackburn and the area.

This guide lists events at a glance, showing what’s on each month. See the highlights of What’s On for Blackburn, featuring the best of things to do in Blackburn – Live Music and Gigs, Family Events, Art & Culture, Food & Drink and much more. Blackburn fundraisers and charity events.

Important This Event Calendar is not maintained on a daily basis and some events may have changed dates or are no longer happening. Please double-check the event websites for the most up-to-date information.

We go together – variety concert 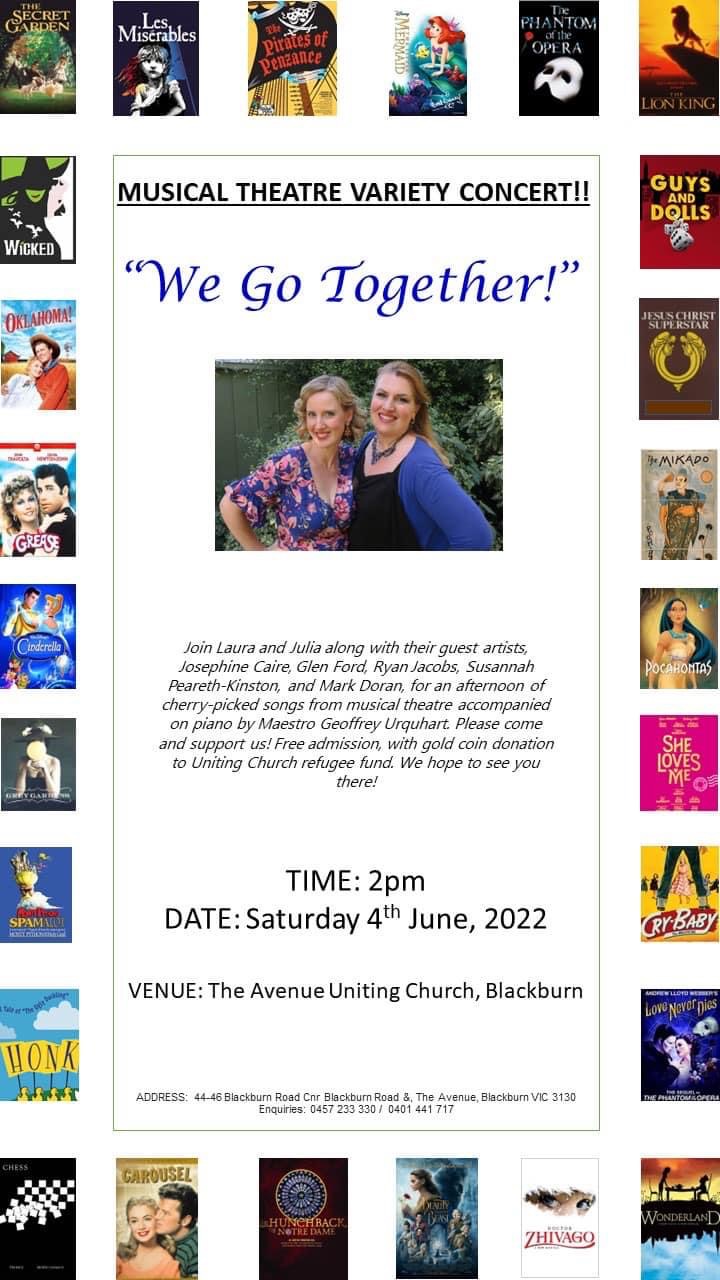 “We go together” is a musical-themed variety concert, sing by local artists, who have been singers in collectively many productions, done by theatre companies throughout Melbourne. The lineup of singers include sopranos, altos, tenors and baritones, who can sing in many styles, such as classical, contemporary, pop, as well as incorporating harmonies and choreography into the songs. The song selection has been chosen carefully, to include a range of music theatre styles and eras; ranging from Gilbert and Sullivan English light opera, rock operas such as ‘Jesus Christ Superstar’, the quintessential old-style American broadway hits, such as ‘Guys and Dolls’, Disney, and modern-day musicals, such as ‘Wicked’ and ‘Honk’. The cast items will also feature solos, duets, trios, and whole group numbers. All songs will accompanied by a professional pianist. There will be two acts, and an interval, during which there will be refreshments for sale. Admission is free, with gold coin donation greatly appreciated. Parking is free in the streets surrounding the venue. Early arrival would be advised, with admission being first in, first served.

If you have an event, that you would like to be featured on our Events Calendar, please visit Free Event Listing.