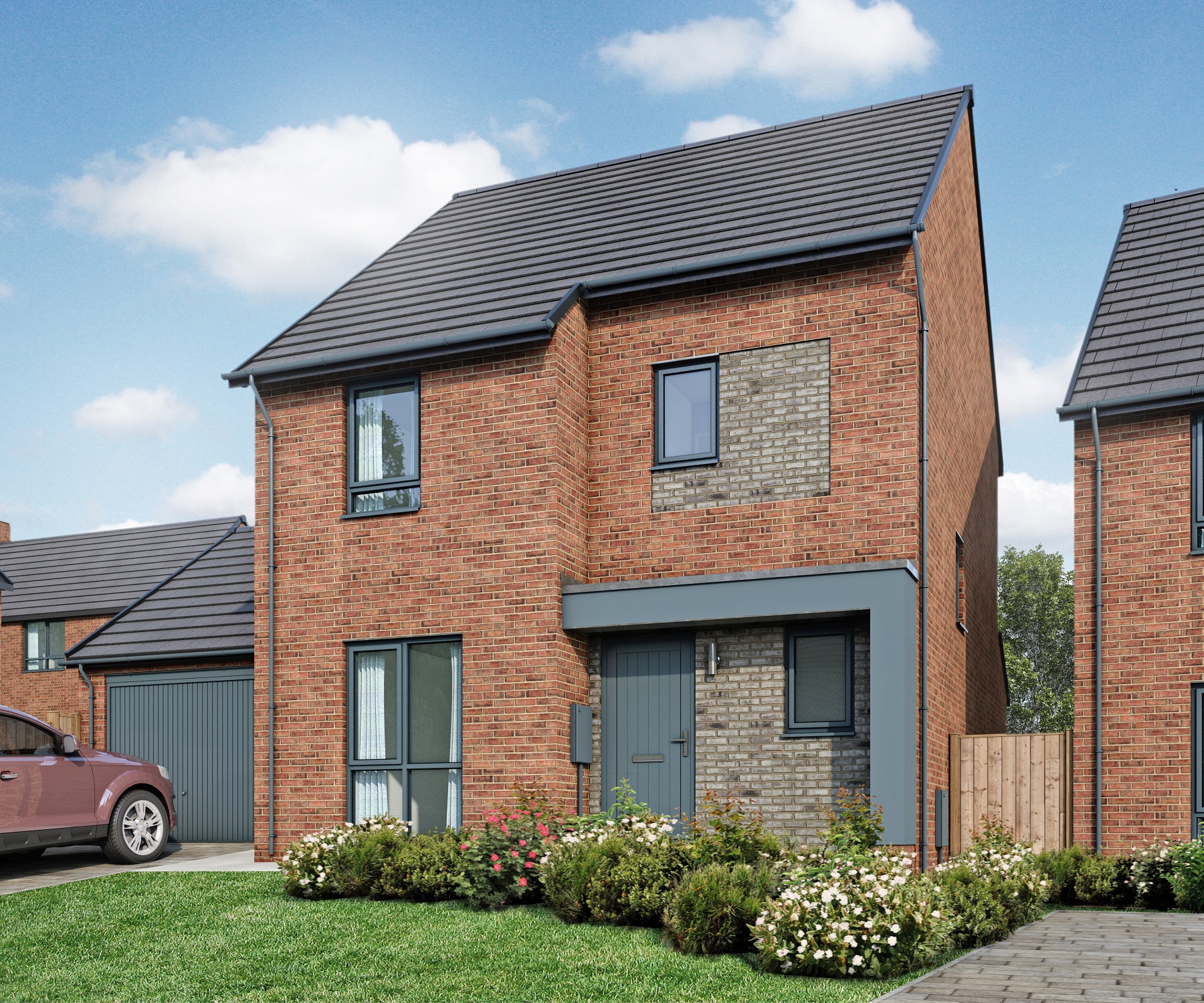 A BLACKBURN home shaped by designer Wayne Hemingway is being given away to raise funds for a Lancashire children’s charity.

In what is believed to be the first of its kind in the area, Derian House Children’s Hospice will stage a prize draw to win the detached property.

One lucky winner will bag themselves the new-build worth £250,000 for just the price of a £5 ticket in The Great Big House Giveaway.

The property – which is under construction – is on the award-winning Green Hills development in the sought-after Feniscowles area of Blackburn, Lancashire.

It has been donated by Preston-based Kingswood Homes as part of its commitment to the local community.

Unlike other prize draws, The Great Big House Giveaway sees every single penny of ticket sales going to the charity, which cares for 400 seriously ill children and young people from across the North West.**

It is hoped that at least £300,000 will be raised for Derian House from the prize draw, as well as raising awareness of its services to help reach more families who could benefit.

The prize draw opened today (Tuesday, 3 August, 2021) and will run for one year. There will be a guaranteed winner, to be announced at a glittering gala ball next September.

Paul Jones, Managing Director of Kingswood Homes, said: “As a company we believe in supporting local charities and having had personal experience of the support that children’s hospices like Derian House offers, we thought it would be a fantastic charity to support.

“Our homes are built with love, care and attention and we’re proud to be giving away a brand new home to help raise money for families who need it most.

“We’ve been building in Blackburn for the past four years and have created a great sense of community. There’s lots of residents at Green Hills who love the open space and the views. The family-friendly community made Green Hills the perfect choice.”

Wayne Hemingway MBE, Blackburn-raised co-founder of HemingwayDesign, who designed the home, said: “We are incredibly proud of the Green Hills development. Having the opportunity to design a beautiful and very liveable housing development in my home town has been a joy. This charity initiative is the icing on the cake.”

Chorley-based Derian House Children’s Hospice offers respite, palliative and end of life care to children with life-limiting and life-threatening illnesses, helping them to make the most of the precious time they have with their families.

David Robinson, Chief Executive of Derian House Children’s Hospice, said: “The Great Big House Giveaway is the biggest prize draw we have ever done at Derian House and we’re really excited about it – there’s a real buzz in the hospice.

“We believe this is the first prize draw of its kind. In setting up the legal process we have had to start from scratch – there is no template for a prize draw like this as 100% of ticket sales will go towards the care of our children and their families. It’s an extraordinarily generous gesture from our friends at Kingswood Homes and one we are extremely grateful for.

“It costs us £5million every year to run services at Derian House and yet we receive only 12% of this from government and NHS funding. This means that for every pound we spend, we must raise 88p ourselves. That is why the generosity of supporters like Kingswood Homes means so much to our families.”

Tickets start from just £5 for a bundle of 6 entries. The more tickets bought, the better value, with £100 buying 250 entries. To enter the prize draw visit www.derianhouse.co.uk/house

“Covid-safe” cabs begin rolling out in Blackburn with Darwen