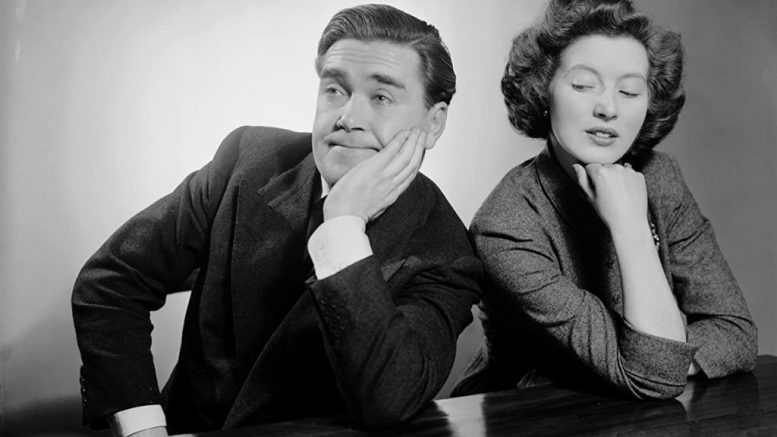 Peter Butterworth and Janet Brown were one of the most recognisable couples in show business. He was a regular member of the renowned “Carry On” team and she was the country’s leading female impressionist. But behind their very public lives was an untold private story…

Coming to The Blackburn Empire Theatre on Friday 21st January 2022, Tyler Butterworth, the couple’s son and well-known actor (Darling Buds of May), brings classic clips and rare photographs from his family’s private collection.

Tyler will relate the extraordinary true story of his father’s war years, his time in the notorious POW camp Stalag Luft III, and early theatrical experiences which directly led to his success as a “Carry On” star.

Peter’s successful career in film and television ran alongside that of his impressionist wife, Janet Brown. While he had been incarcerated in prison camp, she became the first woman to entertain the troops across Europe after D-Day. Her career really blossomed in 1979 with her iconic impression of Prime Minister Margaret Thatcher.

In A Bit of a Carry On, Tyler will shed light on some of the more personal and unknown moments in this shared life of show biz, which culminated in them both individually being given the This Is Your Life treatment, quite possibly a unique accolade for a married couple in any walk of life.

“Very funny and very moving. I so enjoyed it.”  – Alison Steadman

“We absolutely loved it. Amazing. A great evening. Go and see it.” – Michael & Hilary Whitehall

“I was blown away. Tyler tells a great story.” Simon Williams

QUEENZ are coming to Blackburn as part of their UK tour!

Want to know who’s standing for election on May 5 in Blackburn with Darwen?